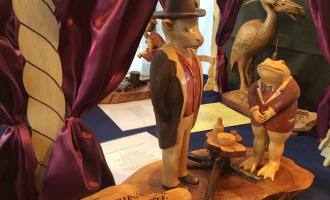 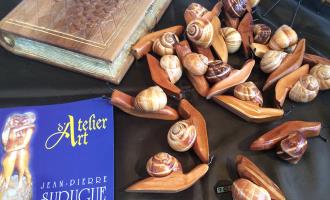 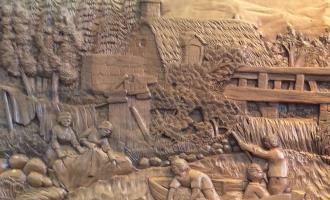 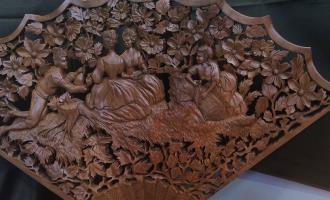 Ostrich eggs, carved wood... It was after losing his job in industry that Jean-Pierre Surugue began to carve little "bits of wood" and develop a passion for sculpture. A passion, a skill, which in 2006 propelled him to the rank of "Chevalier of the Ordre des Arts et des Lettres" (an order of merit recognising contributions to French art and literature)!

A replica of the Hall of Mirrors at Versailles, the fall of the Berlin Wall, which was quite a prophetic work as it was produced before 1989, his works are monumental and real historical gems.

Highlight:
Here's a little anecdote for you – he gave a carved wooden trophy to France's world champion football team in 1998. Want another one? Jean-Pierre has thousands more of them. Just visit his workshop.